Spirit of fire My murderer 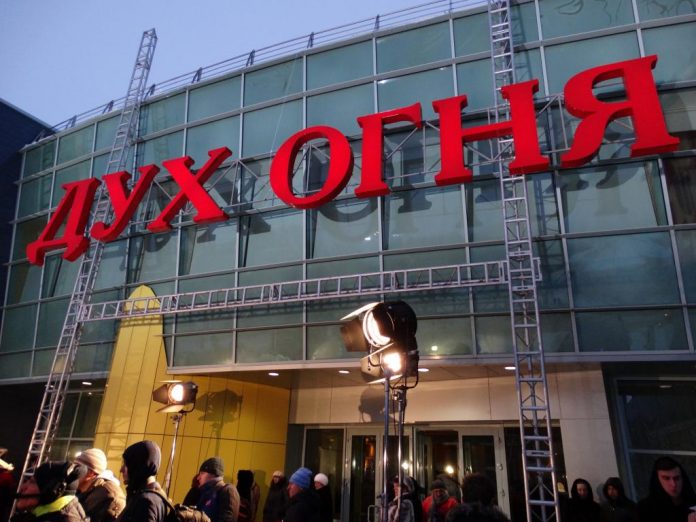 Yakut detective “My murderer” directed by Kostas Marsan won the prize of the Russian jury at the XV international festival of cinematographic debuts “Spirit of fire”. The award also noted by starring Vyacheslav Lavrenova.

Another award was won by the work of the Yakut Director Kostas Marsan and producer Marianna Skrybykina the “My murderer”. The film received the prize of the Russian jury. The screening of the film in the competition was held in the large auditorium of the arts centre for gifted children of the North.

A special award was also granted and actor Vyacheslav Laverov, who played the role of a young investigator Colusa the detective. He received the prize named after Alexander Abdulov “the best male role in the Russian debut.” The jury worked with the actress Anna Mikhalkova and honored artist of Russia Igor zolotovitski.

The prestigious prize was claimed by a famous actor Ivan Yankovsky, Vladimir Seleznev, Andrey Smolyakov, and others.

Recall the film “My murderer” tells the story of an operative of Colusa. In the story he tries to uncover the murder of a girl, finds the suspect, who confessed to the crime.

It seems that the case is closed, but Julus notice quirks and inconsistencies. The main character, despite the disapproval of his superiors, decides to find out more on this business and finds new circumstances of the girl’s death.

The film is based on real events and written work of the Yakut writer Yegor Namahoua “Saysary cuelga tubelte” (“At the lake Saysary”). Earlier the film was presented on 38 of the Moscow international film festival, was the best film at the IV Yakutsk film festival and was even nominated for a Golden globe.

In the Russian competition program of the XV International festival of cinematographic debuts “Spirit of fire” includes 12 paintings. The jury was composed of renowned film critics and Directors.

International film festival “Spirit of fire” has been held since 2002. In the competition of debut films can participate in any new pictures. Work will be evaluated by the jury consisting of five major figures in cinema. Provides for the awarding of four prizes with a monetary reward.